Kazan Kremlin – a unique complex of archaeological, historical and architectural monuments that have arisen and functioning from the city’s founding to the present day.

In 2000 the Kazan Kremlin was included in the UNESCO World Cultural and Natural Heritage. Complex objects are managed by the State Historical and Architectural Museum-Reserve “Kazan Kremlin.”

Kazan Kremlin (tat. Kazan kirmәne, Qazan kirməne) – historic fortress and the heart of Kazan. Historical, architectural and cultural monument, which combines in its appearance Muslim and Orthodox, Tatar and Russian motives. Governor’s Palace in the Kremlin is the residence of the President of Tatarstan.

Museum-Reserve Kazan Kremlin was created by decree of the Cabinet of Ministers of the Republic of Tatarstan on 31 January 1994.

The uniqueness of the Kazan Kremlin is a number of features inherent only to him, because Kazan Kremlin – is, first, the world’s current center of Tatar culture, and the state government, and secondly, it’s only surviving Tatar fortress of the Russian Federation in which saved basis of the original ideas of urban planning: the basics plan, urban planning and a functional organization of architectural complexes, and thirdly, there is nowhere clearly expressed as a historical interplay of urban and architectural cultures Volga Bulgar, Golden Horde, a medieval Kazan Tatar, Italian, Russian and contemporary. Kazan Kremlin – is a unique example of a conceptual synthesis of Tatar and Russian architectural styles. Being the most southern point of distribution sites Pskov-Novgorod-style building in Russia, it is also the most northern point of the spread of Islamic culture in the world.

In 2005, to the date of celebration of the millennium of Kazan in Kazan Kremlin was built Kul Sharif Mosque – the largest mosque in Russia. Opened after the restoration of the Annunciation Cathedral – a monument of history and architecture of the XVI century. In the Kremlin is situated an architectural symbol of the city – Suyumbike tower, one of the few ‘failing’ towers in the world. 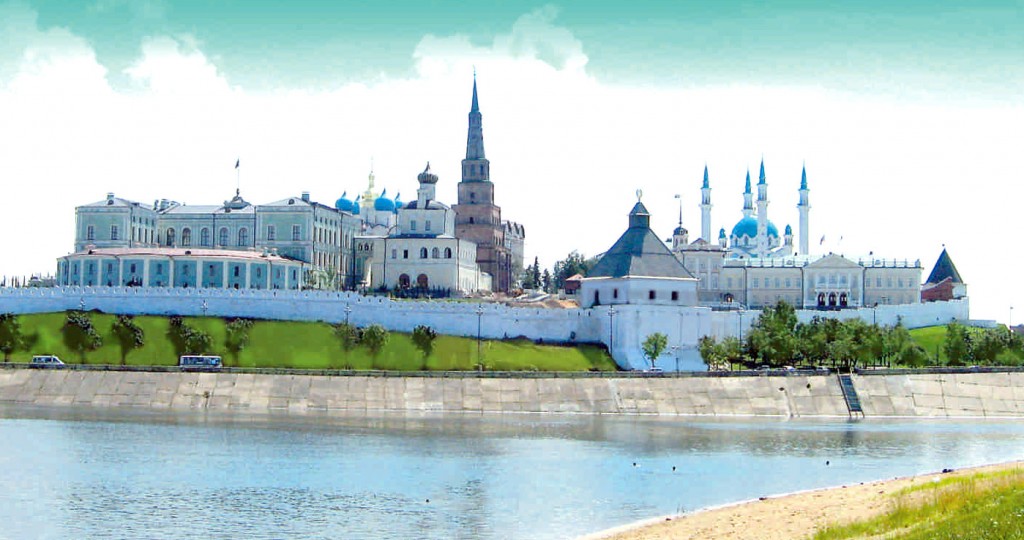