In the history of Kazan there are many unsolved mysteries. Therefore great importance and value have the legends and traditions, preserved in folk memory. These are the stories about the origin of the city, its symbol – a snake ZILANT, the treasures of the lakeKaban of underground passages under the Kremlin hill, about Queen Syuyumbike, about people and things.

According to the one of legends, “in 1003, a man took a fancy place on the VolgaRiver, and founded a settlement here – the future Kazan. The settlement also has a shopping center with a warehouse of goods. After a great amount of time the city took possession of Khan Gazan. By the name of khan of the city was called Gazan. And only then people renamed it in a more convenient form – Kazan”. Scientists may argue, they say, mythical Gazan Khan did not exist … 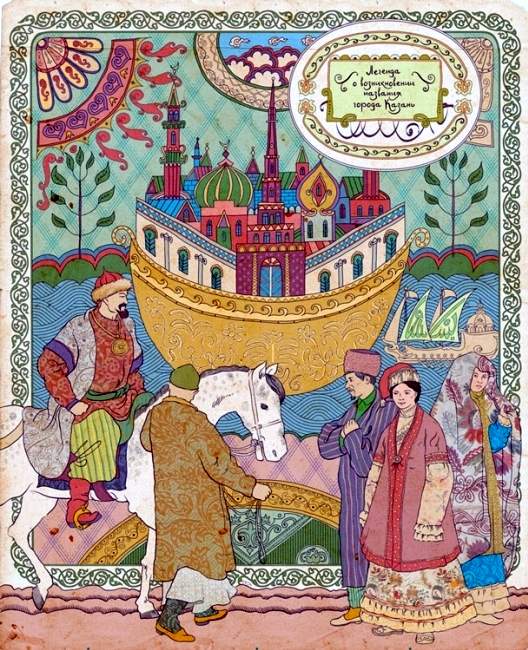 The legends about the foundation of Kazan

Cities, like people, have their own destiny. And like people, they do not always lucky with the chroniclers. Kazan in this respect – the happy city. Its biography is the subject of numerous scientific studies.

Now it is known sixteen versions of the origin of the name Kazan. All are based on the interpretation of a widely consumed in the Turkic languages ​​in general, and in the Tatar in particular, the word “kazan”.

First, the most ancient legend says that when choosing a place for the city, turned for advice to the sorcerer. He said: “Build the city where pot of water , dugged into earth, boils.” Very long time people look for such a place. Finally, close to the Bulak river, pot boiled by itself, without fire. Here people founded the city and gave it name Kazan (“kazan” in Tatar means “pot”).

The second legend is also linked with the word “pot” (kazan). It tells that the eldest son of the last Bulgarian Khan Gabdully Altinbek running from persecution of Mongols, found himself on unknown bank of the river flowing among green meadows and forests, and decided to stay here for the rest. Altynbek sent a servant to bring a water in a golden pot. Bank of the river was very steep, and the servant, trying to scoop up the water, accidentally dropped pot in the river. After this incident, the river and laid her on the bank city called Kazan.

A number of scientists have opinion that the name Kazan is connected with the peculiarities of the topography, with the presence of hollows (kazan, kazanlyk) on the location of the city. However, as the new (modern) and Old Kazan doesn’t have special hollows. Moreover, as a rule, mountain relief is often characterized by hollow. That’s why the names of settlements related to the geographical nomenclature the term “kazanlyk” – hollow, usually observed in mountain areas.

There is another beautiful ancient legend of “Tatar Atlantis”, which is now at the bottom of the lakeKaban. When the hordes of Tamerlane conquered the ancient Bulgars, not much could be saved. Including the prince, who was called Kaban, ie Kaban – bey. Fleeing persecution, he fled to the north, where he found his refuge among the dense forests on the banks of a large and beautiful lake. People came to him and fabulous Alp – warrior who defeated all the dragons and predators around the lake were to settle in this region. Settlement with princely palace arose in this place that was drowned in the Garden of Eden, which was called Bustan. The lake was named after the elders of the settlers – Kaban. But after the conquest of Kazan city with mosques, the gold-domed palace, gardens and stone buildings – it sank to the bottom of the lake. And if in a very quiet and clear weather to swim to the boat to the middle of the lake can be seen in the depths beautiful buildings and hear the call to prayer from the underwater minaret.

Kaban – not just a big lake, it is the whole water system, consisting of three large lakes – Near, Middle and Upper Kaban, straits between them and channel Bulak. An ancient legend says that many years ago, the first settlers brought to these places by holy man named Kasim – Sheikh. There were only swamps and thick brush around. And the people murmured: “Why have you brought us to the place where a lot of mosquitoes and no clean water?” And then the holy man spread out his tunic, he prayed to Allah, took the edge of tinic and dragged him along. And where he dragged the tunic, there was fertile lake with clean and healthy water. When viewed from above, the Middle Kazan really reminds us spread out tunic with two sleeves – Bulak and Botanical ducts. However, its origin is not required to Lake tunic. Scientists believe that the lake – the remains of the ancient bed of the Volga and the age of the lake system is estimated at 25 – 30 thousand years. 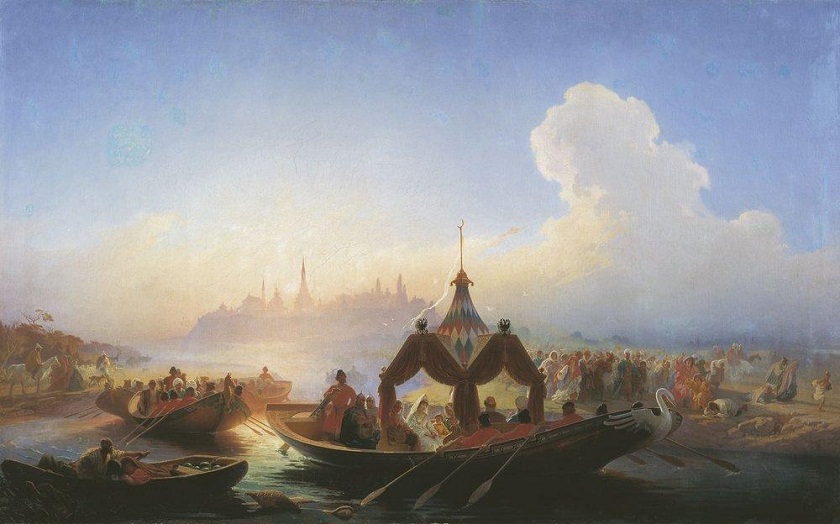 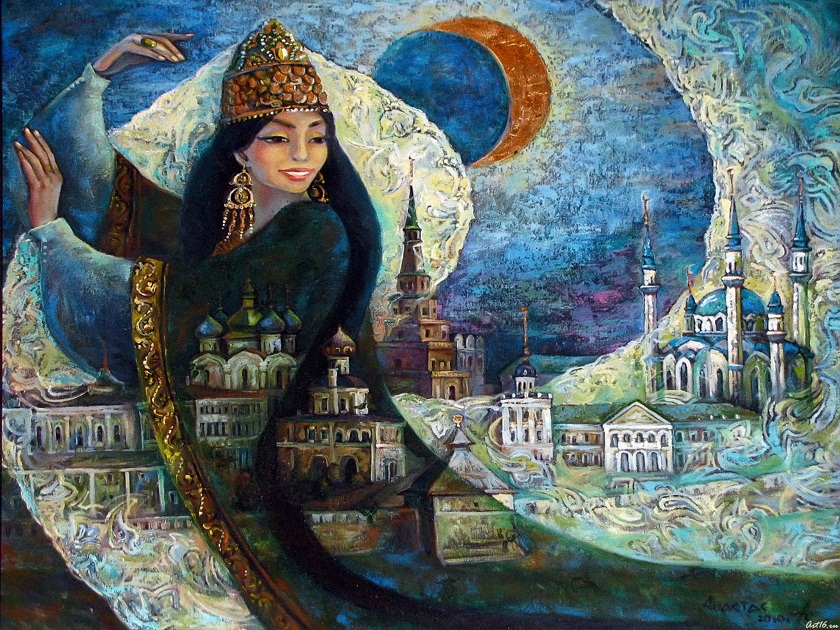 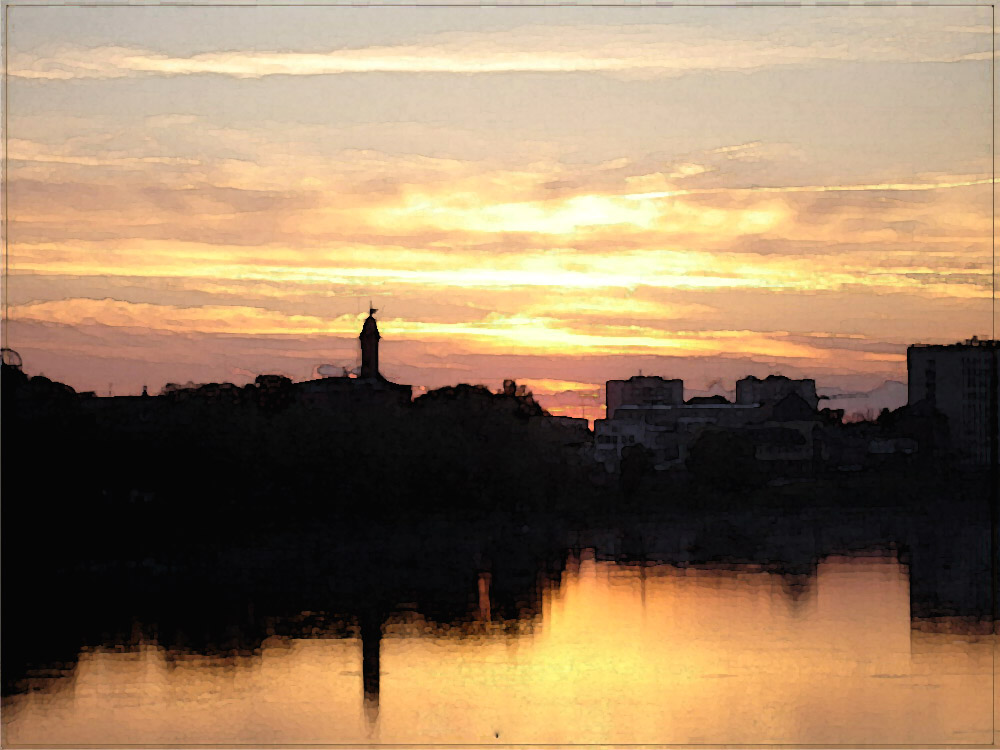 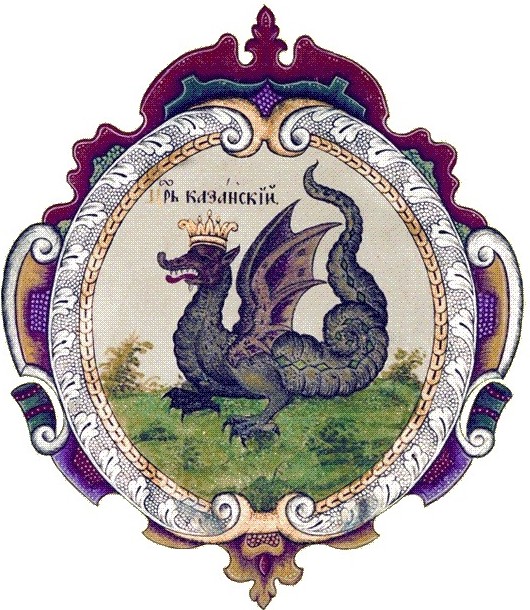 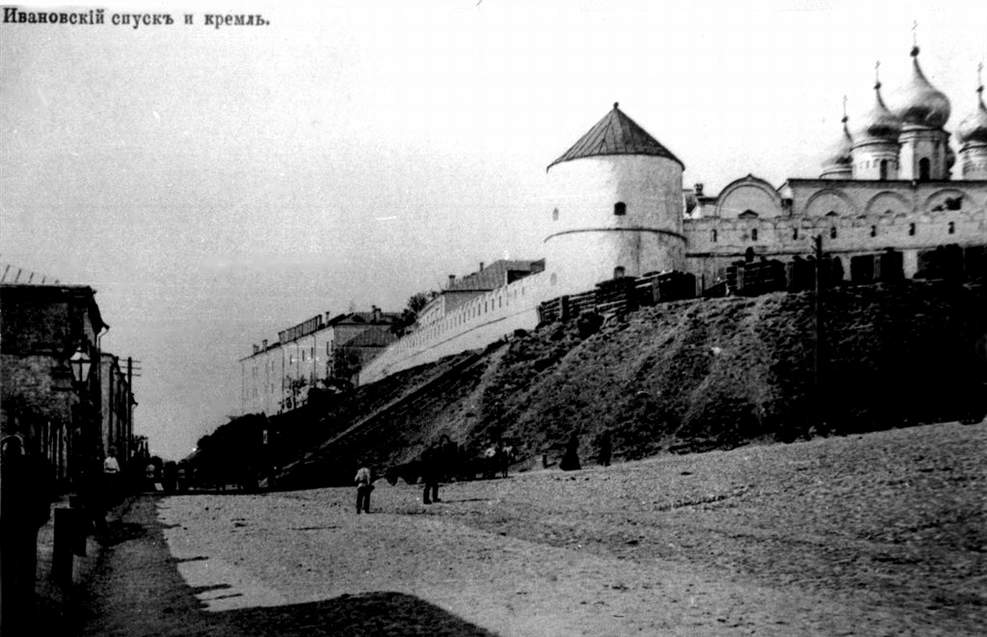